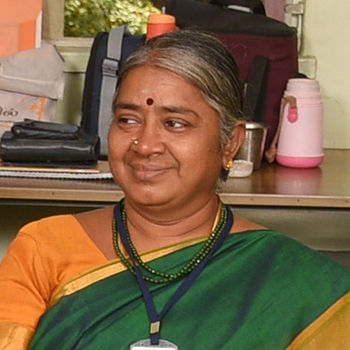 An adherent lover of music, Dr.N.Barathi, Associate professor in vocal music, hails from a renowned music family. Her father Sri Alandur S.Natarajan, was a traditional violin Vidwan, and her paternal uncle Sangita Kalanidhi Dr.S.Ramanathan, was a connoisseur in Music and a Musicology.