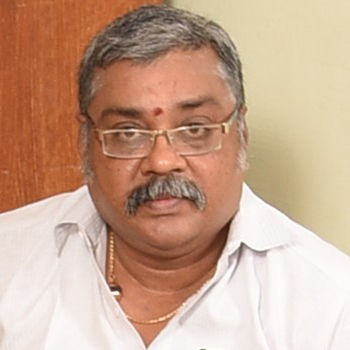 Saminathan Born as first son of Pulavar N.S Sundararaman, Tamil Isai exponent, on 4 th June 1965. Started his music training under his grandfather Sri Sreenivasa Pillai, in the way of learning Tevaram and Thiruppukazh. Since his 5 th age, He started learning violin under Veteran Shankara narayana Iyer, the disciple of Harikesanallur Muthiyya Bhagavathar and Appavu Bhagavathar. At the same time He finished a five year "Paata saalai" course, conducted by Madurai Meenakshi temple for Tevara Isai taught by Pon Muthiyya Oduvaar. In the year 1985, He was selected as "best performing artist" by Tamilnadu Iyal Isai Naataka Manram and under their sponsoring He gave concerts in four venues. In the year 1986, He was selected by the Human resource Dept, Govt of India for higher learning in Violin under the same Guru. Sri Saminathan secured his graduation B.Com in the year 1985. He was appointed as a lecturer in Violin in the year 1986. In the same year Sri Saminathan started learning Nadaswaram under sri Ramu pillai of Meenakshi temple and later took training under Padmasri M.P.N.Sethuraman.