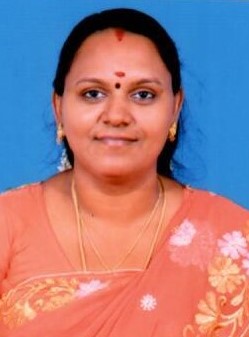 She started her career in music at the age of 12 under the.guidance of Achalpuram Venkatesan and advanced traning from S.Rajam. Awarded Doctor of Philosophy on the thesis titled “Musical Legacy of Thiruvaiyaru” from Bharadidasan University in the year 2015.The signature prize includes the chief minister endowment Tambura Prize in the year 2007 from Tamil University, Thanjavur. Leading the Vrindagan group music competition and Won 1st Prize held in AIR Trichy in the year 2005. The notable award includes “Gana Sudha Vahini” from Rajah's College of Sanskrit and Tamil studies, Thiruvaiyaru. “Thirumurai Thilagam” from Appar Madam, Thirupoonthuruthi. The Feather in her crown is her continuous performance in saint Tyagarajar annual Aaradhana for consecutive 18 years.